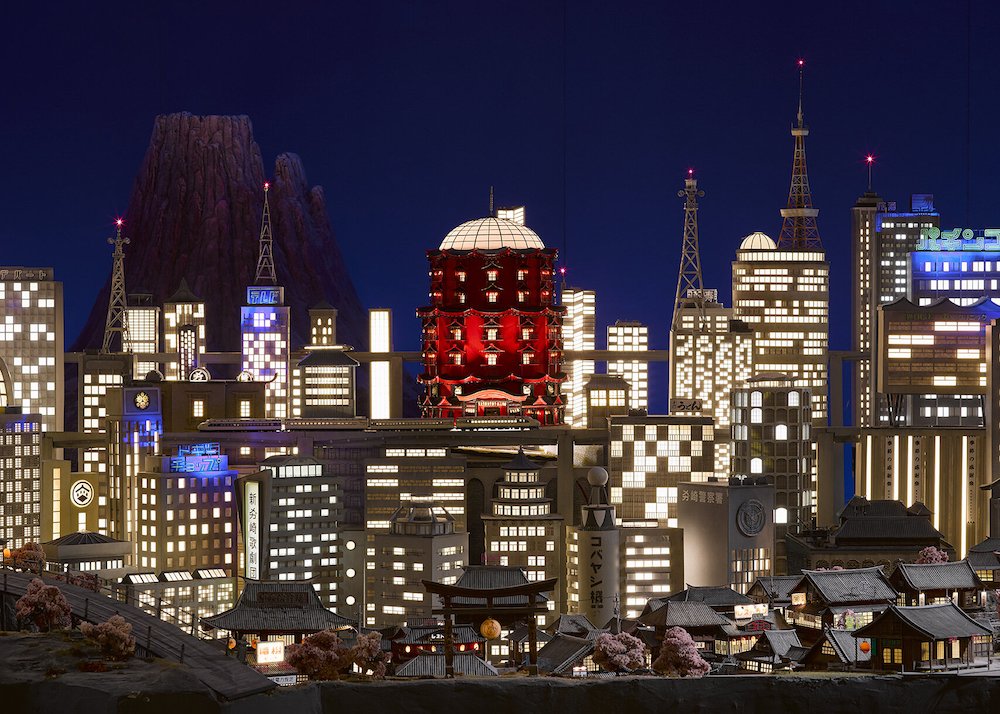 Inside the Intricate sets of Wes Anderson’s Isle of Dogs, A hand-crafted Vision of the Future

Anderson’s fictional city Megasaki has arrived at The Store X on The Strand, along with its autocratic puppet mayor Kobayashi: a man with a vendetta against dogs. In the stop-motion animation, Kobayashi exiles all canines to Trash Island – on show in all its rubbish-laden glory – where they form clans and fight for food. Meanwhile the mayor’s 12-year-old nephew embarks on a mission to save his beloved dog Spot and turn around the fortunes of all his furry friends. Some 17 original sets take over the ground floor of The Store X’s Brutalist building. These meticulously crafted visions of Japanese culture are a model architecture-lover’s dream – the towering metropolis has been created in extraordinary detail, down to pot plants and the requisite red lanterns. There’s even a wood-panelled bar, stocked with medically enhanced sake. Meanwhile, you can almost smell the festering rubbish on Trash Island. One of the sets has been recreated in life size for the exhibition. At the ‘Noodle Bar’, visitors can nibble on traditional Japanese Ramen by acclaimed chef Akira Shimizu (of Soho’s Engawa restaurant) and sip on sake, set against a background of the original score by Alexandre Desplat (who worked with Anderson on The Grand Budapest Hotel), classic Kurosawa scores and the The West Coast Pop Art Experimental Band, who all feature on the film’s soundtrack. To mark the advent of the film, The Vinyl Factory will also be releasing a special, limited edition four-track EP from the soundtrack, which will be available exclusively at The Store X from Tuesday 27th March for the duration of the show. 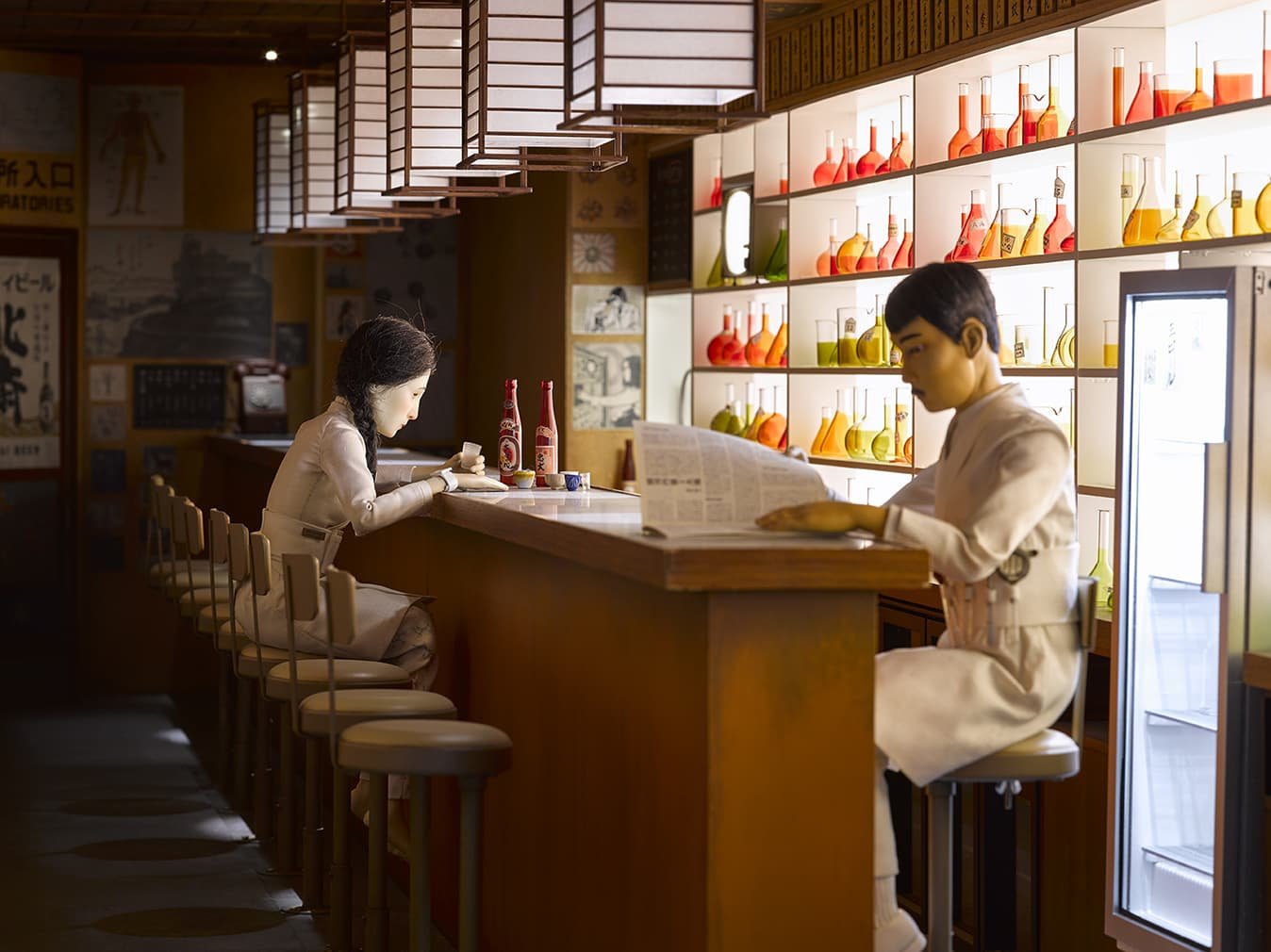 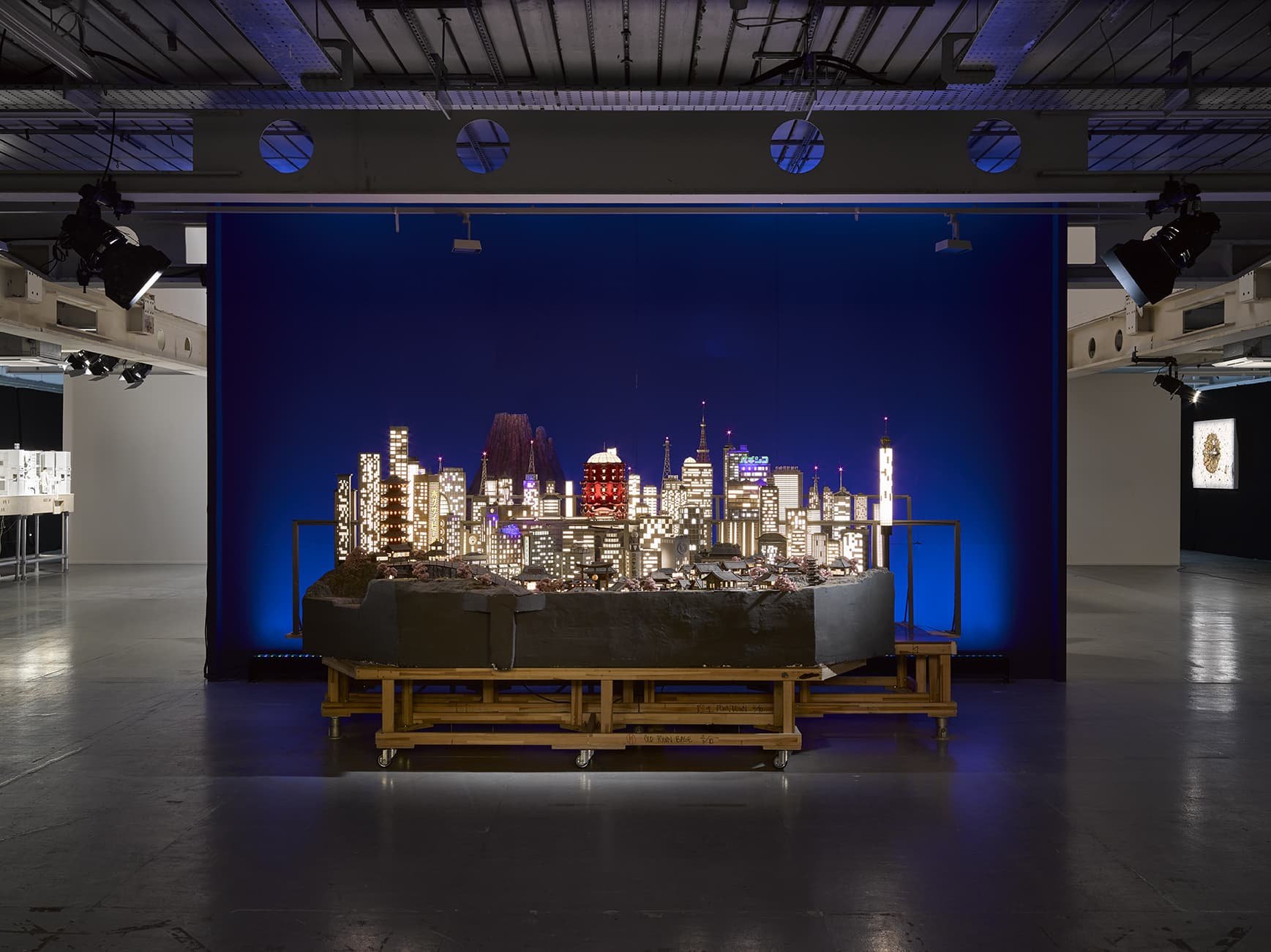